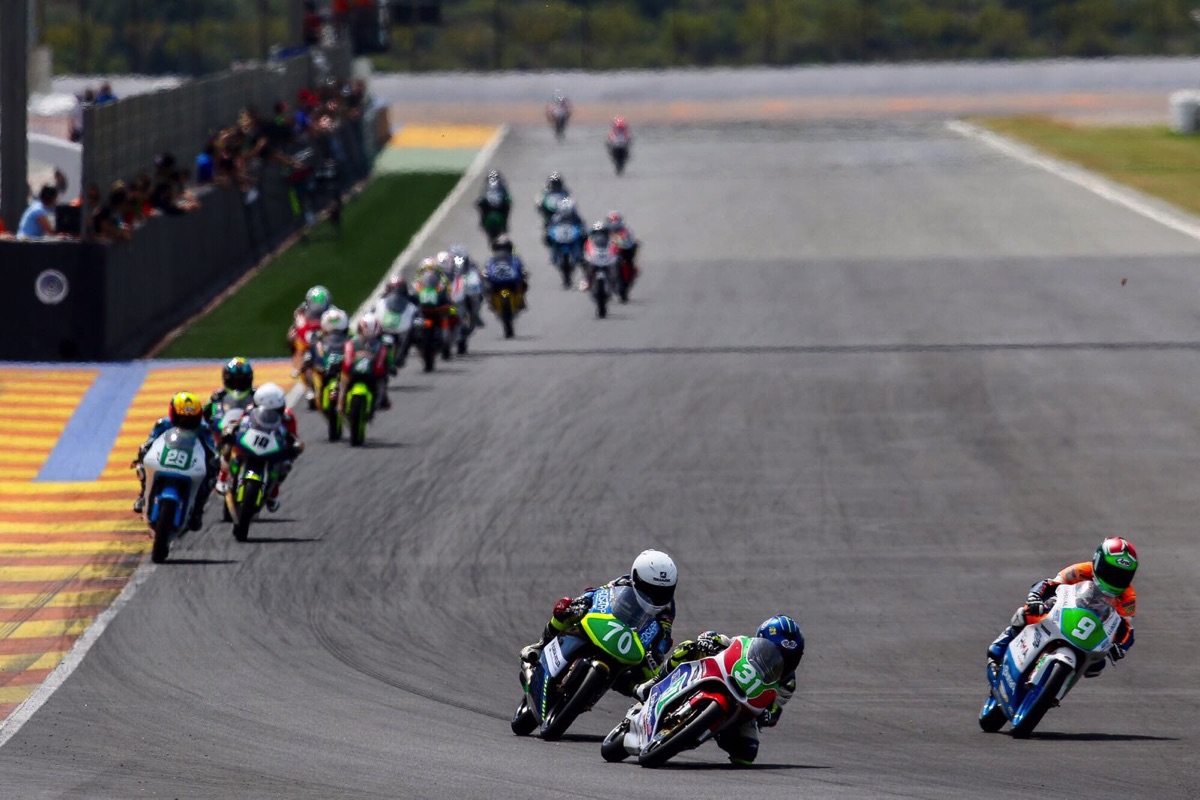 The first race of Josh’s 2017 season in the RFME CEV took place at the weekend in Valencia. It was also Josh’s first race on a four stroke (after previously racing 2 strokes) – which will be the engine type he’ll stay on for the rest of his international career.

Josh rode strongly and confidently in a massive field of very talented European riders, many of whom were Spaniards, who were extremely fast – and sadly his charge in the race was curtailed when his brakes began to fail whilst in seventh position.
Despite the brake issue Josh still managed to cross the line in twelfth. A great achievement in his first race of the championship/

Every day he’s on a bike he’s learning, but to be mixing it up in the top ten in this new class for him already – especially at the age of eleven – is highly impressive.

Josh is extremely grateful to the Fau55Racing for all their hard work and support, and their continued education in developing his skills, as well as to his Manager, Rhys Edwards of Wasserman, and Alpinestars for their support.