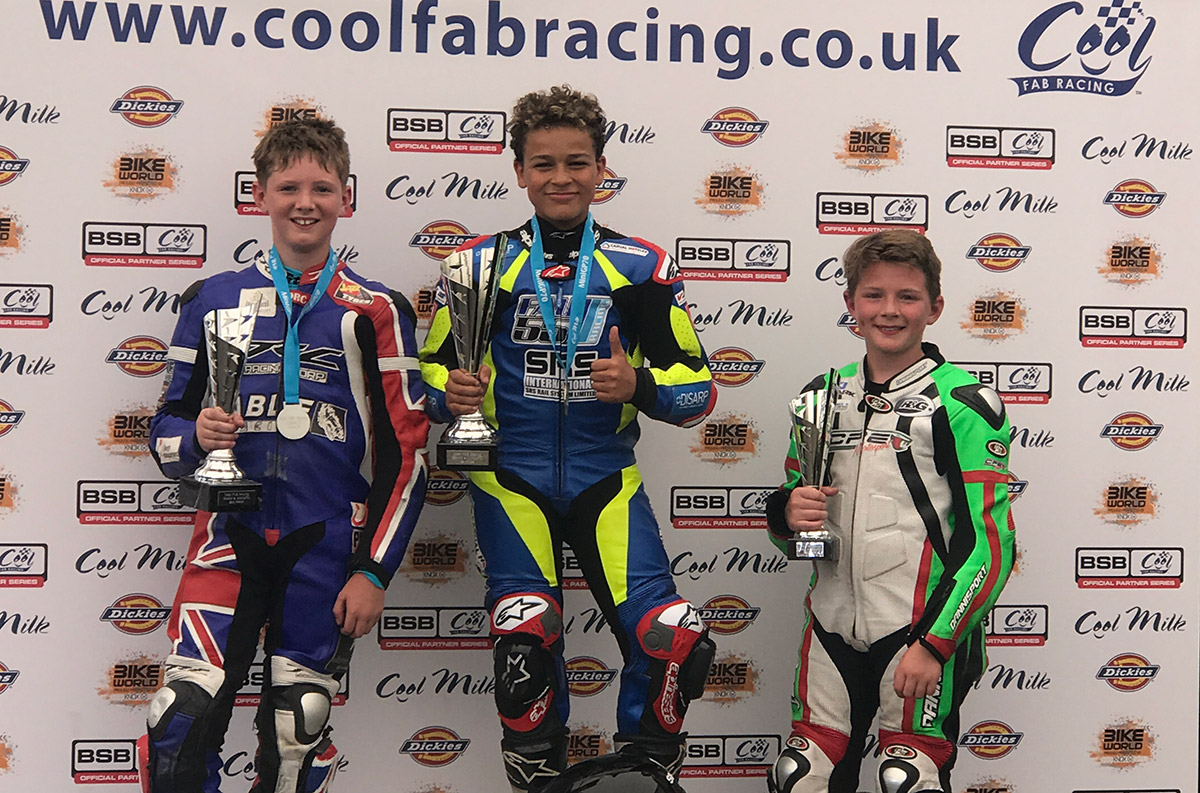 With back-to-back racing for 3 weeks in the UK and Spain, this weekend Josh showed no let up and rode the socks off his GP70.

Qualifying – Tattershall being an extremely tight circuit is very difficult to pass on. Josh struggled to get passed the 47-sec mark and it was very tight between poll to 4th. He managed on the final lap before the flag to pull an absolute flyer of a lap getting a 46.5 which put him on poll with a gap of 0.637 from 2nd.

Race 1 – Josh got a flying start and led the race from start to finish, winning by 6 seconds.

Race 2 – Not such a great start pulling a big wheelie which lost him some ground but managed to fight to stay in front on the first corner. Lap by Lap, he pulled away from 2nd place and eventually won the race with another 6 second gap.

Race 3 – With a much better start, Josh managed to maintain his winning form and won the race by 6.3 seconds, making it three out of three wins for the weekend.

Josh on his podium interview was asked if he liked the track and how he thought he did. “To be honest I don’t like this track its tight and small but I made the best of it, I’m happy with the weekend taking Poll and 3 wins and would like to thank my Mum and Dad and little brother Oscar and my sponsors Alpinestars and Manager Rhys Edwards, also my team back in Spain for everything they do.”