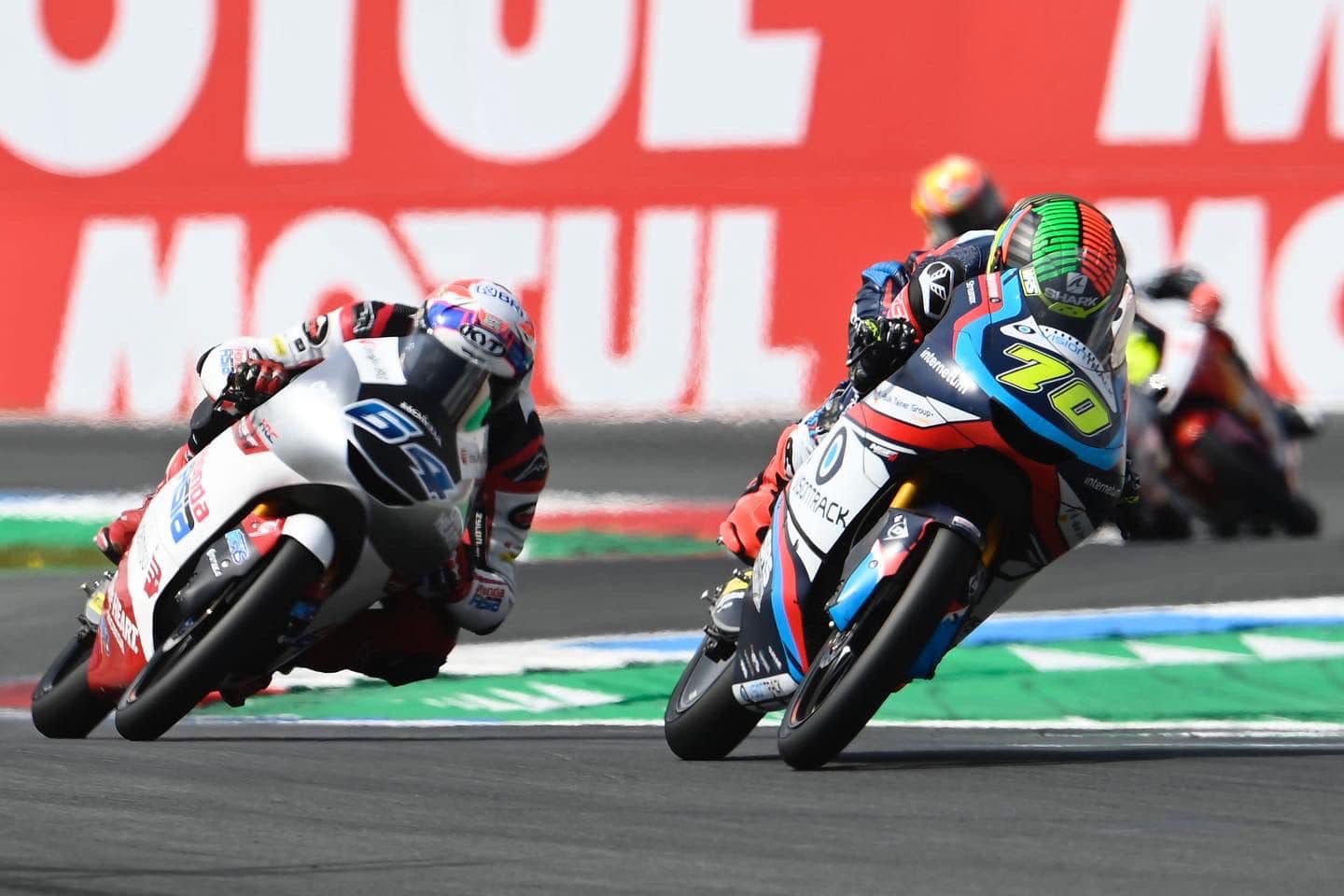 After fantastic weather in the run up to the Dutch GP, the heavens opened as the VisionTrack Racing team headed out on to the circuit for the first time on Friday. Josh ended the day in 26th position. The skies cleared and Saturday got underway on a completely dry track which proved to be more challenging than previous weekends as Josh found himself in 29th place on the grid for Sunday’s race.

Race day turned out to be one of Josh’s best rides of the season so far, after a race long battle he fought his way through the pack setting some of his best lap times of the weekend. He clawed back positions to eventually cross the line in 20th position whilst in the battle for 18th place.

Josh Whatley
“The first laps were difficult as some riders were making silly moves that kept us from staying with the group but it was a positive race for me! I closed a gap of 4.5 seconds to the rider in front. I’m looking forward to a little break to reset before my home Grand Prix at Silverstone in five weeks, I can’t wait. Also a huge thanks to the team for the great work after such an eventful weekend!”