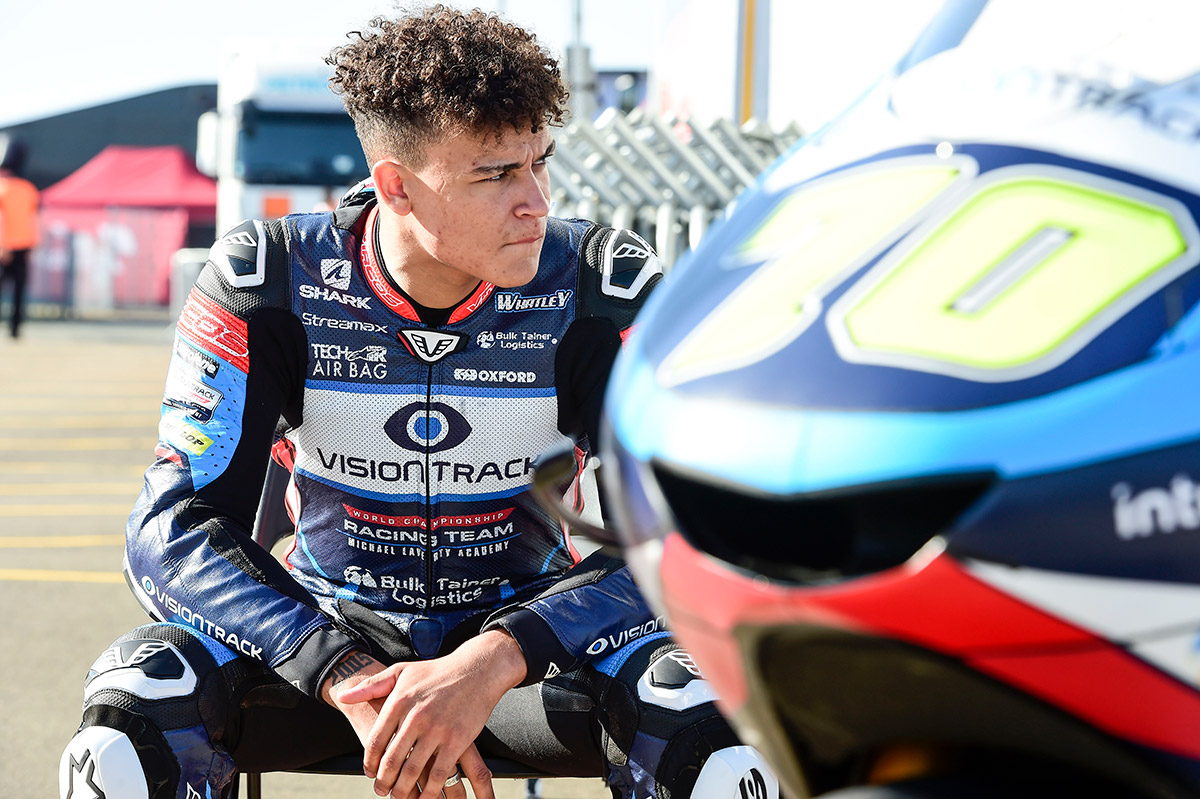 It was a difficult and frustrating home race for VisionTrack rider Josh Whatley as he battled against illness to end the weekend in 21st.

Struck down by flu, Josh struggled in Friday’s practice sessions, ending the day in 28th position and in Q1. Due to technical issues, he was only able to put in one flying lap in Qualifying, placing him in 26th for his home race.

In the opening laps, Josh made up three positions into 23rd but dropped back into 28th by the end of lap 5. Avoiding the crashes ahead of him, he made his way into 21st position where he ended the race.

“FP1 was really good. After 5 weeks of not being on the bike, I found the feeling quite well, but I was quite ill the day before and was really ill on Friday, so the second session was quite difficult to ride.
On Saturday, I found a little bit of pace in the morning but in Qualifying, I had one lap in Qualifying and found another second, so I improved again.
We had quite a good feeling in warm-up but we just didn’t manage to get a lap time in, and we had the pace to be in the points for the race but were unlucky with the rear tyre and set-up so I just couldn’t stay with the other riders and it gradually got worse.
There are a lot of positives to take from it; I closed the gap down from the front and I’m feeling in much better shape, hopefully in Austria, I’ll be able to get those points.”