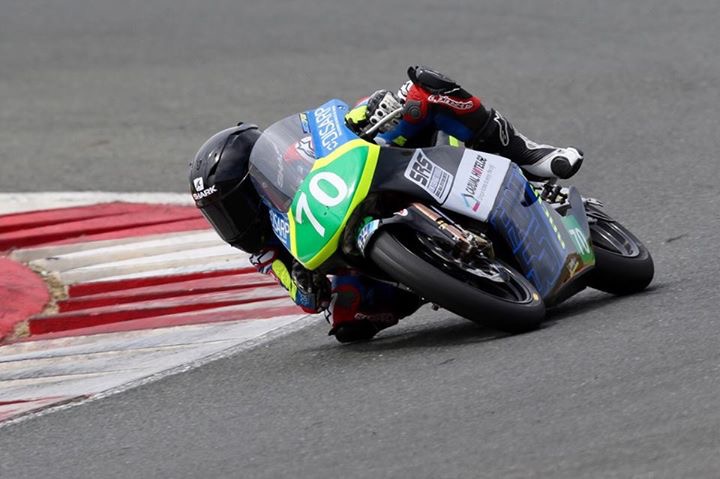 Josh managed to qualify P4 in round 4 of the RFME Campeonato de España de Velocidad Moto4 championship at Navarra after a tricky Q1 session only to gain the time back in Q2.

When it came to the race, starting from P4 on the grid, Josh got hit on the first corner by another rider. After rejoining the track he managed to regain his composure and to eventually finish the race P8.

Cristian Fons Canet, Fau55 Team Manager:
“The weekend has been very positive. Joshua has been rolling fast since day one and has worked so hard. In qualifying, he managed to get a fourth place gird slot to fight for victory. In the race, due to contact with a rvial he had to make his way up through the field. In the end, he was eighth. Even though we would have wanted more, we are very pleased with all the work of the team and of Joshua himself.”