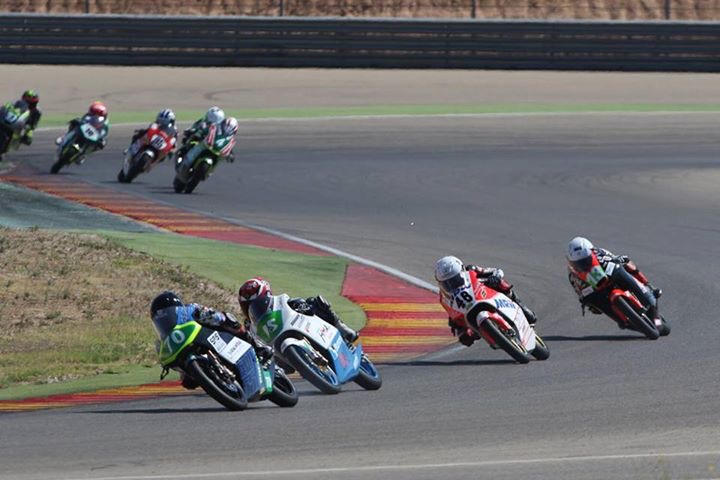 The fifth round of the championship was run this Saturday and Sunday at the Motorland Aragon circuit. The team came with a lot of hope because in Navarra Josh did a great job, and only a contact with another rider denied him the fight for victory.

In the Qualifying sessions on Saturday Josh ranked sixth in the first session – little more than two seconds from the provisional pole, but with a margin of improvement.

Everyone in front was very close in times so there could be no margin for error. The podium was the target. In Q2 he managed to lower his time – staying seventh and lining up in the first position of the third row of the grid for the race itself.

On sunday at 11:00am, the young rider managed to ride with the head group fighting for the podium during the first part of the race.

3 laps before the finish however there was a red flag for two riders who had fallen, and the race was ended prematurely.

The Team where again happy with Josh’s performance as he maintained his pace in the lead group of 7 which all riders, swapping positions nearly every corner.

Simon Whatley, Josh’s Father said “That was a very exciting race! It was like watching a Motogp Moto 3 race. It’s disappointing that the race was Red flagged as any one of the top 7 riders could have been on the podium, it was that close.”