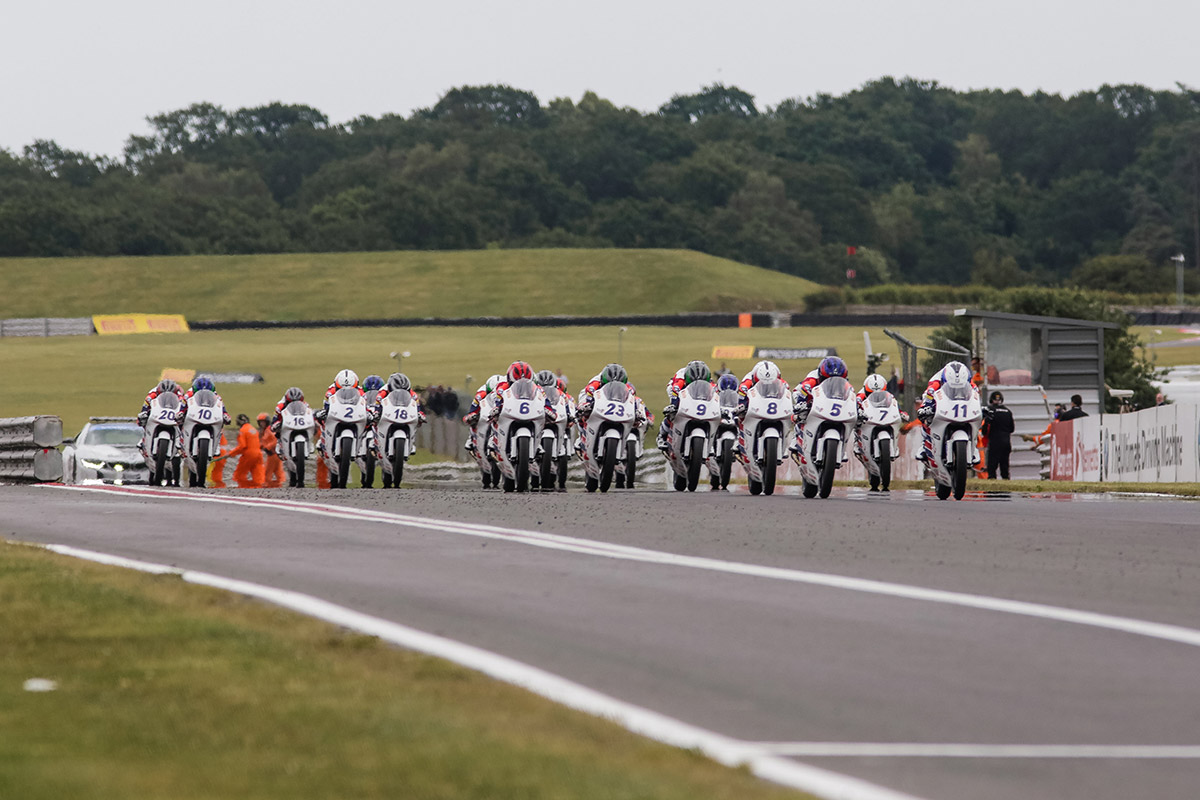 It was a stunning first race at Snetterton Circuit for the British Talent Cup, with everything going right down to the line once again in another photo-finish. It was poleman Rory Skinner who just took it, with the Scot beating Max Cook on the drag to the line. Thomas Strudwick completed the podium, converting a front row start into another rostrum finish.

It was Cook who got the holeshot, able to get ahead of Skinner off the line and the two, joined by Strudwick, already able to gain a bit of daylight ahead of the chasing pack before the end of Lap 1. Joshua Whatley was leading the fight for fourth in a group of four riders squabbling behind the podium fight, with Brian Hart, Scott Ogden and Cameron Horsman for company, as the early battles started to define themselves.

Back at the front the trio were holding position until Skinner then struck for the lead, with Cook glued to his rear wheel as the two began to slowly pull away. Over a second-and-a-half down not long after, it looked like Strudwick had lost touch with the battle for the win – but he would pull it back.

Putting in a number of rapid laps in the closing stages, the Strudwick sliced his way back into contention until the last lap – when Skinner and Cook had the advantage. Glued together throughout and with the Scot on the defensive, Cook left a move late – and made it stick. It wasn’t over there, however, Skinner fighting back on the drag to the line and Cook not quite able to defend, the two side by side and the Scot just ahead by the line.

Strudwick completed the podium only a few tenths further back, with Brian Hart breaking free of the squabble to take P4. Joshua Whatley did the same to complete the top five, with Scott Ogden finding some clear air for sixth.

The duel for seventh went down to thousandths, with Jack Hart beating Cameron Horsman by just 0.006. Charlie Atkins and Scott Swann completed the top ten.

Two missing names on the list? Storm Stacey and Fenton Seabright, who were declared unfit to compete after separate incidents in training. The two will be hoping to be back on track for Round 4.