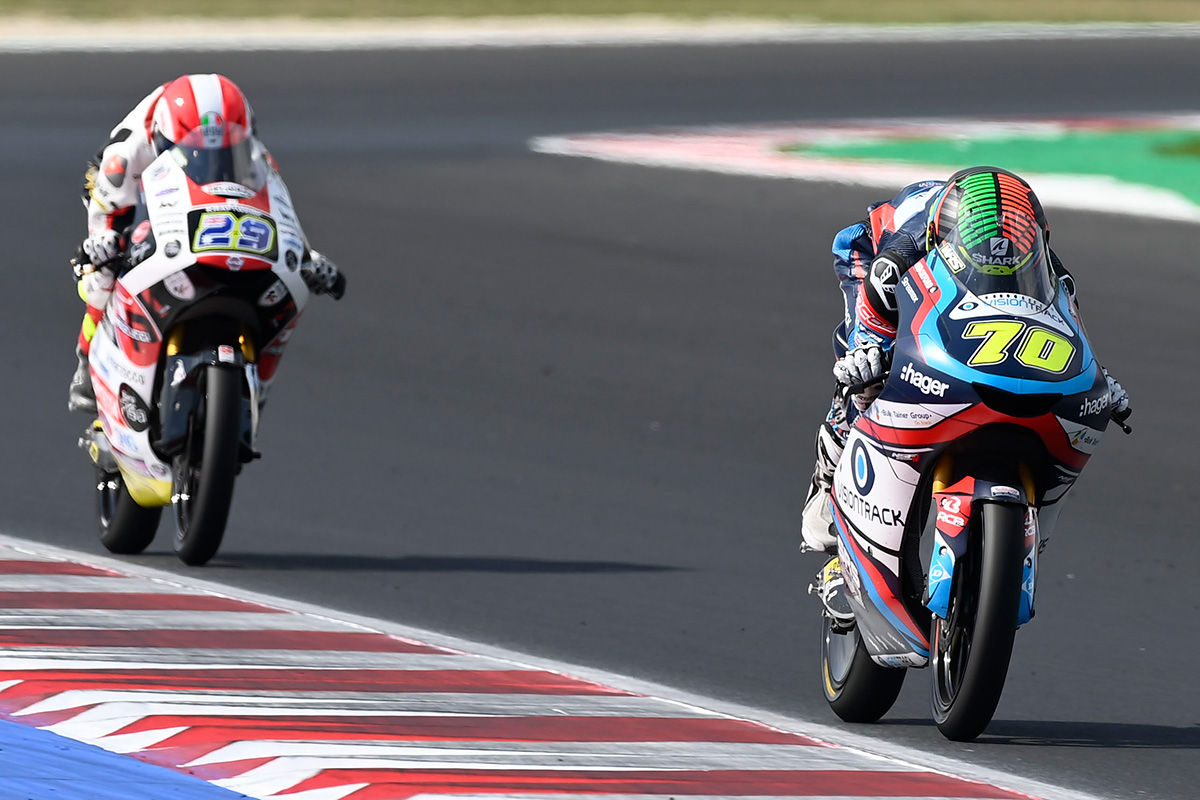 Misano hosted the 14th round of the MotoGP season. Both the VisionTrack riders had raced there before and were looking forward to getting out on track. The weather forecast was for thundery showers all weekend but thankfully they stayed away and the races were all held in dry conditions.

Having previously raced at the Italian circuit in the FIM CEV championship Josh Whatley backed up his recent form throughout practice.

Both riders rode in the Q1 session, with Josh qualifying 29th.

There was drama for the team before the race had even got underway as Josh had a strange crash on the warm up lap. The team worked excellently on the grid to get the bike ready again for the race.

Josh was battling hard throughout the race with two riders. He made some strong moves and was very consistent from start to finish, he made a slight mistake and lost the group he was with, to eventually cross the line in 24th position.

Josh Whatley
“I’m really happy with the progress I’ve been making on and off the track recently. I’ve lost 7kgs in the last few weeks and it’s really helping me on track. I’m still not sure what happened in my crash but I was pleased with my riding in the race. I’m looking forward to Aragon as it’s another track that I know.”